Born in Chicago, Illinois, on March 9, 1943, Robert James Fischer became best known for being an American chess grandmaster and the eleventh World Chess Champion. He was actually considered by many to be the greatest player of all time. He has his very own Wikipedia page and there has even been a documentary film made of his life. Bobby Fischer Against the World is its title and we’d certainly recommend you give it your time, as his life is one that’s filled with ups and downs, and will test your emotions to the limit.

Bobby Fischer, officially named Robert James Fischer, was born in Chicago on the 9th of March, 1943. His father is listed on his birth certificate as Hans-Gerhardt Fischer, a German biophysicist. His mother, Regina Wender Fischer, was born in Switzerland, but was a US citizen, and her parents were Polish Jews.

Due to events of the time, Regina was forced to raise Bobby and his older sister as a single parent. And when Bobby was born she was officially homeless. In order to support her family she shuttled to different jobs and schools around the country, while also engaging in political activism. When Bobby was six the family moved to Brooklyn, New York City and his mother started studying for a master’s degree in nursing. She subsequently worked in the nursing field.

The identity of Bobby’s biological father was made public in 2002, but the FBI had identified Paul Nemenyi, a Hungarian-Jewish mathematician and physicist, as his natural father several years earlier. They had been investigating Regina and her circle of acquaintances as alleged communist sympathisers. And they had also been investigating her previous life in Moscow.

The beginnings of Bobby’s interest in chess

Bobby learned how to play chess when he was only 6 years old. Together with his sister Joan they learned using instructions from a candy store chess set. Joan quickly lost interest and Bobby was left to play against himself. His mother tried to find other children for him to play against and as a result he found himself playing in an exhibition where he was spotted by Carmine Nigro, the Brooklyn Chess Club President. Nigro introduced Bobby to the club and became his teacher. When he was 12, Bobby joined the Manhattan Chess Club, the strongest chess club in the country.

The next chess master to take Bobby under their wing was William Lombardy. They spent hours together in private coaching sessions and Lombardy played a key role in Fischer becoming World Champion.

A number of other grandmasters served as mentors for Bobby and by 1956, his rise in the chess world was gathering momentum.

From 1956, Bobby experiences a meteoric rise

Things just got better and better for Bobby from 1956 onwards. At 13 years of age he had a rating of 1726 on the tenth national rating list of the United States Chess Federation. Just 900 points below top-rated Samuel Reshevsky. He was taken on a tour of Cuba in March 1956, by the Log Cabin Chess Club of Orange, New Jersey. He played second board behind International Master Norman Whitaker and together they were the leading club scorers.

He also won the brilliancy prize for a game against International Master Donald Byrne, that many call an “immortal” game. Fischer sacrificed his queen to unleash an attack that his opponent couldn’t stop and it was also referred to as “The Game of the Century”. And a game which has been admired and analysed ever since.

Fischer wins his first US title at the age of 14

Just shy of his 15th birthday,Fischer became the youngest ever US Champion. As the championship was also the US Zonal Championship, his victory also earned him the title of International Master. His rating went up to 2626 and he became the second highest rated player in the United States.

Fischer found his way to Russia, thanks to two round-trip tickets arranged by the producers of the game show I’ve Got a Secret and as soon as he arrived he demanded to be taken to the Moscow Central Chess Club. He found himself playing speed chess with two young Soviet masters and won every game.

He found his way to Yugoslavia and ended up among the six qualifiers at the Interzonal and became the youngest person ever to qualify for the Candidates and the youngest ever grandmaster.

Over the next decade or so he continued to win various championships, but also made a name for himself with his erratic and somewhat paranoid commentary.

Fischer enjoyed a 20-game winning streak in the early 1970s, he made chess history in 1972, when he defeated the Soviet Union champion, Boris Spassky. The game took place at the Reykjavik, Iceland world championships and was the first time an American had won the title. It was also seen as a symbolic victory for democracy over Communism.

The two champions met again in 1992 and played a $5 million rematch in Yugoslavia. 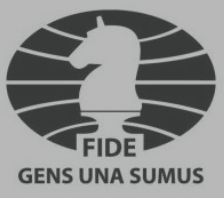